Biosolids is a term used to describe the dewatered, solid organic waste material that results from the treatment of municipal wastewater. Since biosolids contain a long list of macro and micronutrients, i.e. nitrogen, phosphorous, and potassium, if properly treated, recycled biosolids can be tremendously beneficial when land applied to maintain and improve soil quality and increase agricultural productivity. Estimates put biosolids production in the U.S. at somewhere around 7,000,000 dry tons annually.

While there are many obvious benefits to recycling biosolids for use in agriculture, it is not without drawbacks. One major drawback that has significantly and increasingly limited its widespread use is the odors associated with land application. Initially, as the use of biosolids for farming was implemented, everyone recognized that the product did not have a consumer friendly odor profile. At the time, emphasis was put on minimizing metals and bacterial concentrations in the product rather than controlling odors, which was correctly viewed as the greatest threat to public health and acceptance. Also, for most farmers, odors are a normal part of everyday life and they were happy to tolerate odors in exchange for an inexpensive, high quality fertilizer and soil conditioner. But as residential neighborhoods began to encroach upon formerly rural areas, these new neighbors were not so tolerant. In some cases, public outcry over odors from land application has severely limited the ability of POTWs to land apply biosolids, leading to significant increases in operating expenses as alternative disposal methods were required. Now, preventing community odor complaints is an important aspect of any wastewater treatment facility’s recycling efforts.

This then begs the question, given the nature of the material, is it possible to have odor free biosolids?

That’s where Water Solutions steps in… as one the largest providers of odor control technologies in the US, Water Solutions was able to apply its extensive experience addressing some of the most challenging odor control problems in the world to resolving the challenges faced by the biosolids recycling industry. For decades, chlorine dioxide has been successfully used for odor control in the rendering industry, which suffered from the same public relations issues faced by the biosolids industry, specifically, odor complaints from surrounding communities. In fact, modern day rendering facilities are now tightly regulated based upon air quality by the USEPA and have strict air quality permits that mandate odor control as a requirement to operate their plants. As we began to investigate potential solutions to the biosolids odor control problem, we quickly realized that many of the organic compounds responsible for offensive odors at rendering plants, are the very same compounds responsible for the offensive odors in biosolids. The odor causing substances found in biosolids are typically small, relatively volatile organic compounds formed by the anaerobic decomposition of organic matter containing sulfur and nitrogen such as mercaptans, as well as compounds naturally formed in the digestive track of mammals such as indoles and skatoles. Many of these compounds are detectable by humans in concentrations in the low parts per billion range. From there, it was simply a matter of seeing whether the treatment methods we have been successfully using to treat these compounds in the rendering industry could be modified to work on biosolids.

After extensive research and development efforts, Water Solutions was able to successfully eliminate odors in biosolids on a bench scale basis using chlorine dioxide. This laboratory work was then followed up by a full scale trial at the sludge dewatering/biosolids recycling facility for a major southwestern city. Based upon the success of the full scale trial, Water Solution’s innovative (patent pending) new process is now being used on a full time basis and has completely eliminated all offensive odors during land application operations. Since implementation, there have been zero odor complaints when land applying treated material, even when land applying in fields directly adjacent to major housing developments. As an added benefit, our treatment process has also eliminated the offensive odors at the sludge dewatering facility itself, making for a much more pleasant working environment for their plant operating personnel.

Please contact Water Solutions now to speak with one of our application experts to see if your facility could also benefit from this exciting new breakthrough! 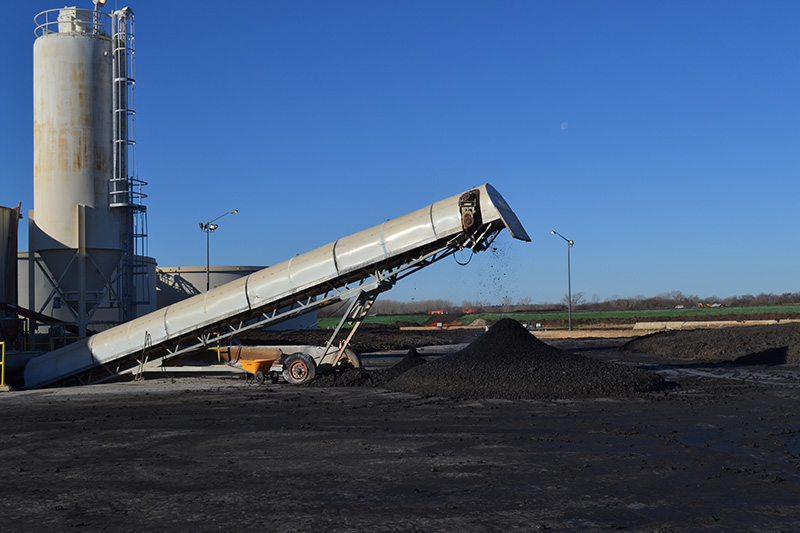 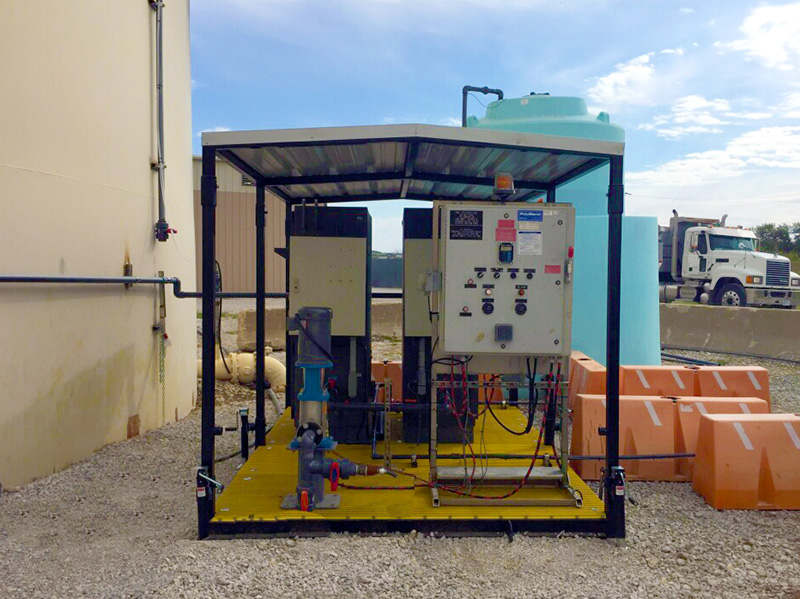